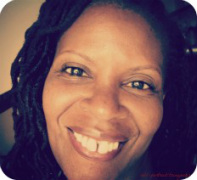 Trina Jackson
Trina Jackson has nearly 20 years of community based experience as an organizer, facilitator, and strategist in the social justice movement. Her organizing background includes work within communities of color in Boston, facilitating community dialogues, and consulting on issues of anti-oppression, economic justice, racial justice, leadership development, collaboration, and movement building. She is also currently the program coordinator of the Inclusion Initiative, an anti-poverty grant program supporting cross-sector network collaboration within communities of color at Third Sector New England.

Luz Zambrano
Luz Zambrano is a founding Co-Director of the Center to Support Immigrant Organizing for the past 14 years and one of the coordinators of the Network of Immigrant and African American Solidarity (NIAAS) for the past 3 years in Boston Massachusetts. For over twenty years, Luz has been active in many organizations and efforts dedicated to organize immigrants for social and economic justice. She was the Latino organizer for the Immigrant Rights Advocacy, Training and Education Project (IRATE), an immigration counselor for the American Red Cross, a legal workers advocate at Greater Boston Legal Services (GBLS), a business agent/organizer for the Union of Needletrades, Industrial and Textile Employees (UNITE) and an Education and Training Specialist at the Massachusetts AFL-CIO.  Luz’s volunteer leadership includes a 4-year term as Board President of the East Boston Ecumenical Community Council, board member of the Massachusetts Coalition for Health and Safety (Mass COSH) and the Worker Environmental Justice Fund’s Advisory Board, and three year terms as both the Parent Liaison for and President of the East Boston Early Learning Center’s School Site Council.
For NIAAS' leadership structure, click here